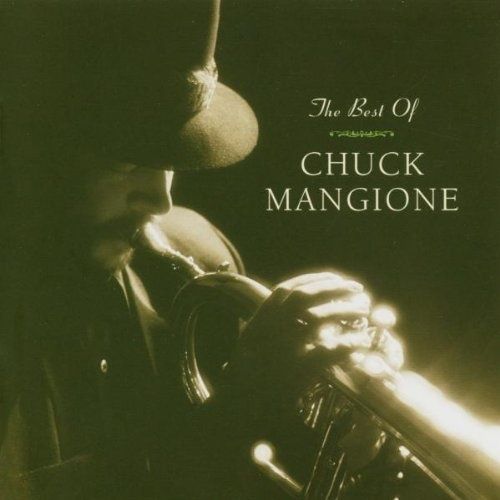 ​With his trademark fedora and pure-toned flugelhorn, Chuck Mangione is an icon of mainstream jazz and pop culture (a fact reinforced by his occasional, animated appearances on the hit TV show King Of The Hill).  Some jazz purists may scoff at his success, but the native of Rochester, New York, worked hard for it.  By the time Mangione hit the big time with his 1977 cross over hit "Feels So Good," the bop-influenced horn man had already recorded a dozen albums and won a Grammy® Award along the way (followed by another in '78).  From the start, Mangione courted mainstream listeners with his melodic and optimistic sound, which frequently employed large orchestras and vocalists.  In a way, the chart topping "Feels So Good" simply validated what was already a successful career.

Mangione's musical life began when his father took him and his older brother Gap (a keyboard player) to jazz concerts, including those of family friend Dizzy Gillespie.  During his formative years he played with a variety of groups that included his brother (Jazz Brothers) and later Woody Herman, Maynard Ferguson and finally with Art Blakey's Jazz Messengers.

It was during the 1970's that Mangione truly hit his stride, recording a series of albums that document the former bopper's passion for pop.  While "Feels So Good" - the apex of Mangione's pop jazz style - was certainly a boon to his career, such unexpected hits from jazz musicians tend to set unreasonable expectations for ever greater mainstream success.  While Mangione never managed to top it in terms of sales, he continued to be true to his muse, composing and recording energetic, sweetly celebratory music.

This collection captures the best of Mangione's Columbia years in the 1980's.  On tracks such as "Love Bug Boogie" and "Sweet Butterfly," Mangione serves up irrepressibly melodic grooves from such albums as Journey To A Rainbow, Love Notes and Eyes Of The Veiled Temptress.  Rounded out by two wonderful classics from his years with Mercury Records and A&M Records (including the smash hit, "Feels So Good") - The Best Of Chuck Mangione proves that feeling good should never go out of style.