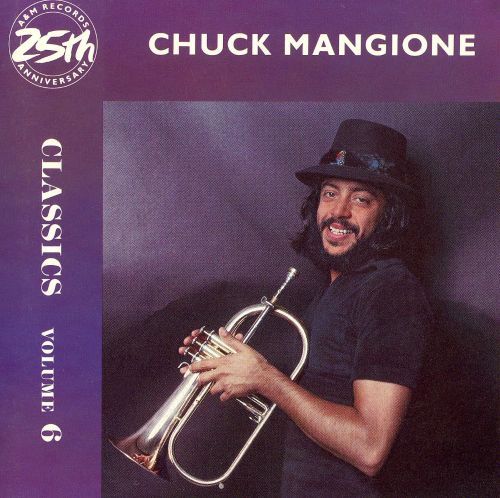 This collection includes all the highlights from Chuck Mangione's first decade of popularity, from 1971’s "Hill Where The Lord Hides" to 1981’s "Cannonball Run Theme". In between are songs and performances that earned Mangione two Grammy nominations, four gold albums and one platinum.

The collection opens with Mangione's biggest hit, "Feels So Good". The track, which combines effortless grace with a discreet dance rhythm, was a top five pop hit in the spring of 1978, and piloted the album of the same name to number two, where it peaked just behind Saturday Night Fever. "Feels So Good" went on to snag a Grammy nomination for record of the year, becoming the only instrumental to make the finals for that top Grammy since 1969.

"Feels So Good" wasn't the first, or last, Mangione performance to earn Grammy recognition. The sensuous "Bellavia" won a Grammy as best instrumental composition of 1976, beating a high-powered field which included Stevie Wonder, Maurice White, Chick Corea, Quincy Jones, and Henry Mancini. And the powerful, Spanish-tinged "Children of Sanchez" won a 1978 Grammy as best pop instrumental performance. Mangione created 23 ½ hours of music for the Hal Bartlett film, and featured the best of it in a 1978 double album.

Two other selections on this retrospective were also written for film or TV projects. "Give It All You Got", a top 20 pop hit in 1980, was commissioned by ABC Sports for the 1980 Winter Olympics. And "Cannonball Run" was written for the Burt Reynolds' film of the same name.

"Give It All You Got" and "Fun and Games" were both featured on the gold album Fun and Games, which earned a Grammy nomination for best jazz/fusion performance of 1980. Both songs have an uncharacteristically spare approach, with the emphasis on basic rhythms and a peppy dance pulse.

The fourth of Mangione's gold albums, 1975’s Chase The Clouds Away, is represented here by its title track, which earned Grammy nominations for best instrumental composition and best pop instrumental performance. Equally sleek and sensuous is “Doin’ Everything With You”, a cut from Mangione's 1976 album, Main Squeeze.

The collection is rounded out with selections from Mangione's two double live albums for A&M. "Land Of Make Believe" was featured on An Evening of Magic – Chuck Mangione Live At The Hollywood Bowl, which documented Mangione's sold-out show there in July, 1978. The album, featuring Mangione’' quartet and 70-piece orchestra, was released the following year, and was nominated for a Grammy for best pop instrumental performance.

"Hill Where The Lord Hides" is taken from the Tarantella album, which chronicled Mangione’s December, 1980 concert to raise money for Italy's earthquake victims. The show featured a 28-member all-star band, including Dizzy Gillespie on trumpet and Chick Corea on piano.

Both of these Mangione classics had cracked the national pop chart and earned Grammy nominations in their original versions. The fast and furious "Hill Where The Lord Hides", was nominated for best instrumental composition of 1971; the brilliant "Land Of Make Believe", which over the course of its nine minutes builds from a moody beginning to a thrilling climax, earned two nominations in 1974.

From pop hits to fusion classics; from TV themes to serious suites, Mangione has done it all. Herewith, the best of his nine albums for A&M.