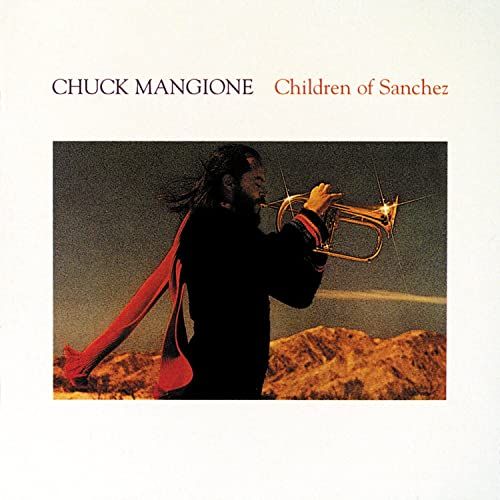 ​Children of Sanchez is not a typical soundtrack album but my personal selection of the 23 ½ hours of music that I composed and recorded for the Hall Bartlett motion picture based on the Oscar Lewis biography, The Children of Sanchez. Writing and recording this music was one of the most intense and emotional experiences of my life. I consider it to be some of the strongest music that's ever come from within me and I'm grateful the music is preserved in this album so that I might share it with you.

It was during the final stages of recording the Feels So Good album (August 1977) that Hall Bartlett contacted me to write the music for The Children of Sanchez. This invitation came at a time when we were all very exhausted - we had just finished a lengthy summer tour and I had already informed the quartet ,and my body, that the upcoming weeks would be "cooling out" time. Hall set up a screening for me to view several hours of rough footage to get a feeling for the movie he was producing. To my surprise he had done a rough score using my previously recorded music to indicate what he was looking for.

It was obvious that the picture was nowhere near completion and for some unknown reason the music had to be written, recorded, mixed and edited in three weeks - and alot of music was needed. A main title theme with a lyric, a love theme, a pilgrimage segment and lullaby - plus newly recorded versions of several compositions of mine.

Since the film was incomplete, specifically timed segments were out of the question. The only possible way to proceed quickly would be to write and record the music in extended versions. This was appealing because I could record the music as I normally would; and in my album, at least, it would be heard as I conceived it. (The final use and editing of the music in relation to the show would rest with Hall).

The temptation to fulfill a longtime desire to compose music for a motion picture was irresistible because I accepted the project, and unknowingly, the insanity that wold come with having to create so much music in so little time.

I became possessed by it all and immediately locked my self in a hotel room with a piano ( over Labor Day weekend no less) to pull the thematic material together. Images in the movie triggered recollections of strong emotions I had experienced throughout my life, and from these feelings the music came pouring out. I quickly gathered the family of musicians, engineers, management and friends I knew I would need, and we literally "moved in" to the studio.

With the music coming out of the studio at an unbelievable pace and at such crazy hours, the performance and endurance levels of the people and equipment involved were constantly being tested. The intensity of the studio was unbelievable; it was “feel time” all the time.

Performances were so strong that much of the music was captured on the first takes ( the "Overture" and "Consuelo's Love Theme", for example).

It was three o'clock one morning when i handed out a melody and lyrics and for some reason Chris picked up a clarinet, my piano turned into a music box and Don sang. "Lulabye" was captured the first time it was ever performed.

The basis for the "Pilgrimage" came from another early morning session in which James and I played continuously for more than an hour. We kept two 24-track machines running constantly so nothing would be lost.

As our time in the studio flew by, things were further complicated by requests for literally dozens of instrumental variations on the themes I had written. And two days before the final recording session I learned that an additional love theme was needed. This forced me to look way inside and out came "B'Bye," a song that had been "hidden" in me for years.

As quickly as it began it was over. We all were physically and emotionally drained when I delivered on schedule over 5 hours of Sanchez music. (A total of 23 ½ hours of music was composed and recorded).

It was the musical and emotional strength of some incredible people: my quartet (James, Charles, Grant and Chris), Jeff Tkazyik, Don potter, Ron Leonard, Jerry Peel, Bill Reichenbach, Kai Wingding and my engineer Mike Guzauski that brought life to this music.

This album is dedicated to them all and all the people who as a "family" lived this experience with me and who gave so much of themselves to me and my music. Together we became the Children Of Sanchez.