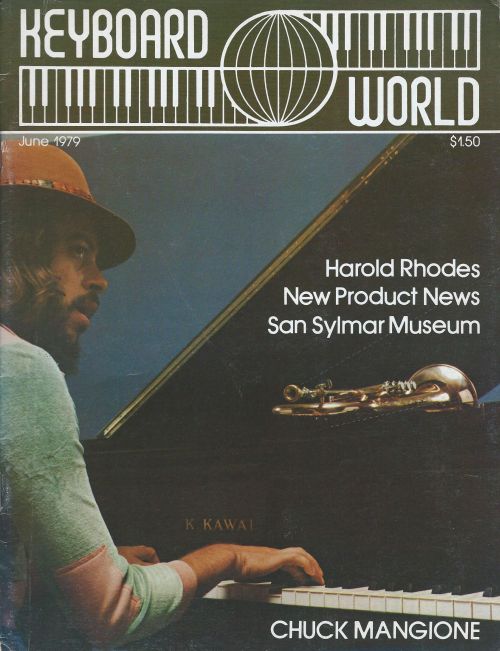 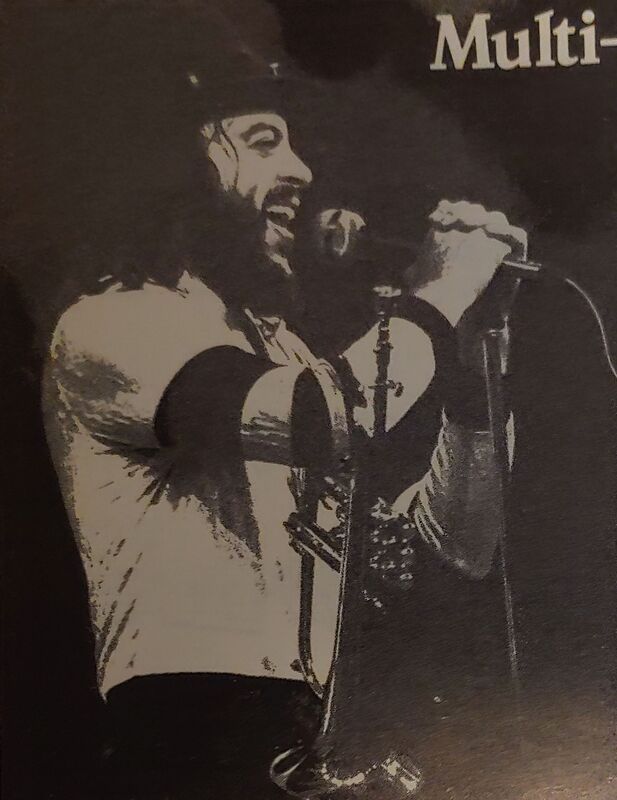 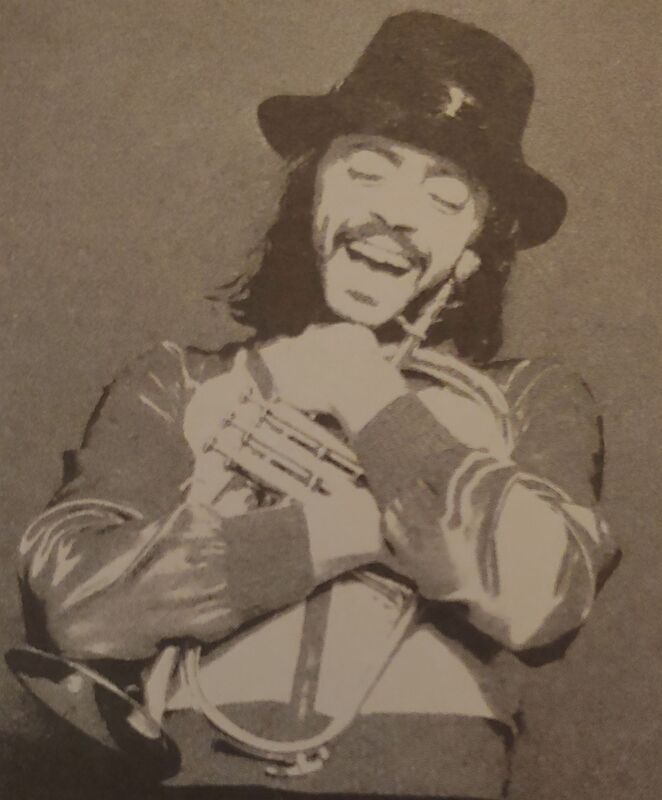 Here is what it says on the inside About the Cover:

Grammy award winner Chuck Mangione has selected a KG-2 Kawai grand for his personal piano.  Although he is primarily identified with the trumpet and flugelhorn, he composes on the piano.  Chuck Mangione is unique - he performs only music he has composed.  Read about this young jazz musician on page 42.
​Charles Frank Mangione was born in Rochester, New York in 1940 into a non-musical family. When Chuck was eight years old, he began piano lessons and two years later was asked to take up a band instrument because of his high score on the Sea Shore musical aptitude test. That very same week Chuck saw the film Young Man With A Horn and as a result began taking trumpet lessons.

Chuck's brother Gap, another top rated musician, and young Chuck would often sit down and play - Gap on piano and Chuck on trumpet. They played "just anything...some blues or something," according to Chuck. In this way, he got into improvising very early.

Chuck attributes the love and warmth of his parents to their children's growth and development. He explains that his father was "totally committed to us, to his kids." He allowed his children to be themselves, never forcing them into any kind of artificial roles. The influence of his wonderful parents on his music is acknowledged by Chuck in his album Bellavia which he dedicated to them.

Chuck Mangione calls Dizzy Gillespie his "musical father." When Chuck was fifteen, Dizzy was so impressed with the young man's playing that he sent him one of his upswept horns. Chuck was greatly influenced by the Gillespie style and by the fact that Dizzy had a good time with his music and didn't compromise in his playing. This became Chuck's musical philosophy as well.

At the same time he was attending high school, Chuck studied theory and trumpet at the Preparatory Department of the Eastman School of Music and he and Gap were also starting to play professionally. They formed a quintet known as "The Jazz Brothers," which became quite well known, and recorded three albums on the Riverside label.

Chuck Mangione attended Eastman School of Music and received his Bachelor of Music degree even though there were no jazz courses at the time. He took up the flugelhorn and has continued working on it ever since, enjoying its dark, mellow tones.

While at Eastman, a classmate asked Chuck to compose a jazz-oriented orchestra piece for his graduation recital. As a result, Chuck wrote Feel Of A Vision for Lew Soloff, an important piece which marks his early experimentation with strings and swing. Lew went on to play trumpet with the group Blood, Sweat and Tears and can be heard playing lead trumpet on the album Bellavia.

After graduating, Chuck taught awhile and then joined Maynard Ferguson's big band and later Kai Winding's group. Then he was offered the trumpet spot with his boyhood idol, Art Blakey and his Jazz Messengers, which consisted of Blakey, Chuck, Keith Jarrett and later on, Chick Corea.

Chuck remained with this group for two and a half years, then returned to Rochester where he composed and taught at the Hochstein School of Music. There he set up all-city and all-county high school jazz ensembles and improvisation courses. After that he returned to Eastman as a faculty member and directed the Eastman Jazz Ensemble. At that time there was only one jazz group. When he left, there was a studio orchestra, a film-writing course, an improvisation course and three jazz ensembles.

However, Chuck was not satisfied. He felt the school was cranking out music education majors and would-be symphony players, but that teaching jobs were hard to get and symphony jobs almost impossible to find. Furthermore, the jazz ensembles didn't have the stature of the symphony or wind ensemble.

In 1969, Chuck hired fifty musicians and put on a concert called "Kaleidoscope." Tom Iannoccone, manager of the Rochester Philharmonic Orchestra was there and invited Chuck to be a guest conductor of the orchestra in a concert of Mangione music. On May 9, 1970, the concert, called "Friends and Love," sold out at the Eastman theater. The videotape can be seen from time to time on PBS. The taped recording of the concert led to a two-record album and in 1971 the cut Hill Where The Lord Hides was nominated for a Grammy award.

From 1970 to 1976 Chuck enjoyed continued successful recordings and concert appearances. In December 1974, Merv Griffin asked Chuck to appear on his show, which resulted in a history-making event. Chuck conducted and played the entire version of Land Of Make Believe, 12 minutes of uninterrupted music. Since then he has appeared on many major television programs and his music is heard in innumerable tapings and live shows.

After seven nominations, Chuck won his first Grammy Award for Bellavia, the title tune from the A&M album. It was an especially gratifying experience to win against such talents as Stevie Wonder, Earth, Wind & Fire, Chick Corea, Quincy Jones and Henry Mancini.

Chuck Mangione is married and the father of two daughters. His latest release is the album Children Of Sanchez, recorded on the A&M label.