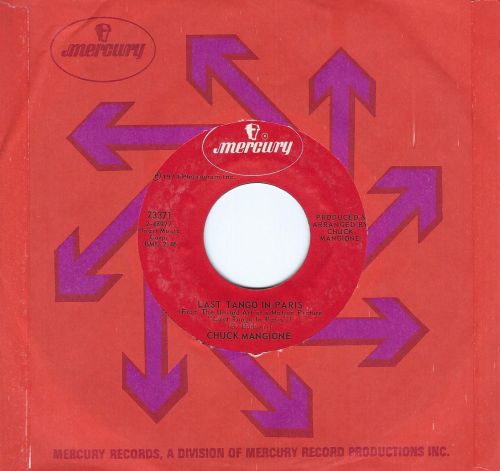 ​Some of the players on the session: Jon Faddis, Lew Soloff, Alan Rubin, trumpets, Gerry Niewood (he soloed), Sal Nistico, Eddie Daniels, in the sax section, David Nadian was concertmaster (among the strings) and Joe LaBarbera and Steve Gadd, drums. Gap Mangione played Rhodes piano.
This 45 says the Legend Of The One Eyed Sailor is from the Alive! album, but it is not.  It is only heard on this 45. Chuck does not perform on Last Tango In Paris, however, it features Gerry Niewood on saxophone.