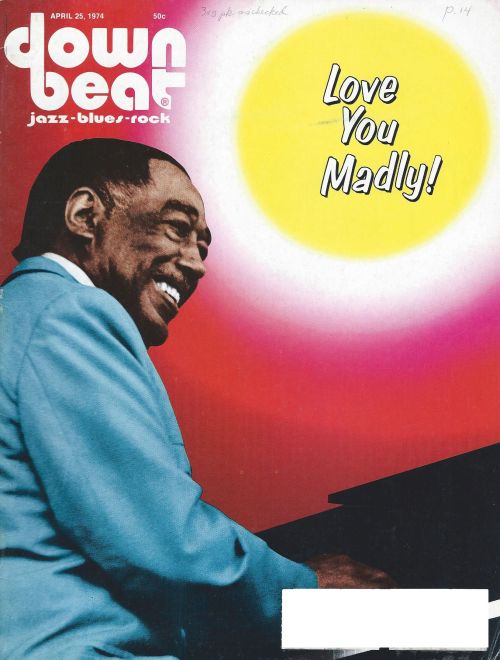 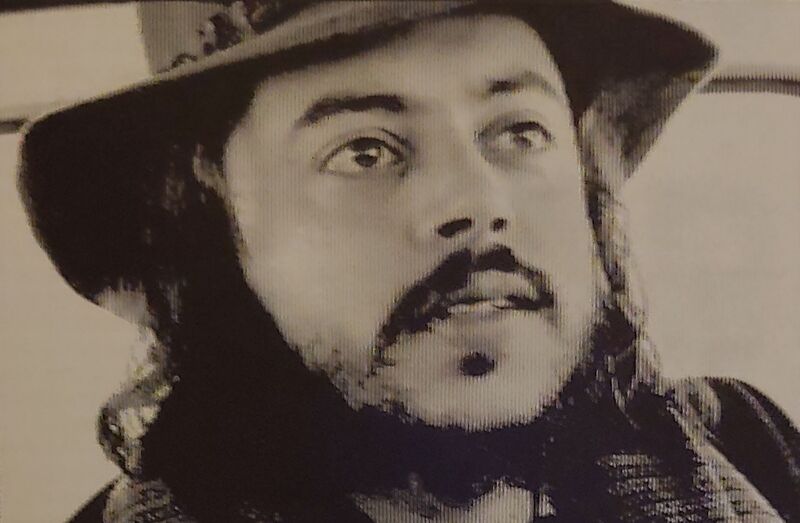 I hope that I'm not in trouble when I say I think that's Miles Davis. I'm not sure of the saxophone player; I didn't hear a whole lot of him. But maybe it was Wayne (Shorter). Sounded like 'Trane at first, but it doesn't sound like the music Miles was playing when 'Trane was in the band.

I think Miles Davis is really the most important jazz musician that we've had, as far as being a leader in musical directions. Unlike somebody like Dizzy Gillespie, who established a direction and a style, and has been able to play it for these many years because of its utter uniqueness. It's like the music of the great classical composers which will always live.

Miles has always made so many important contributions to music. His playing as well has changed drastically in such a relatively short time. I really love his music. Everything he does is valid, just because I believe him to be one of the most honest and creative musicians around. I see no reason to dislike what I heard.
The rhythm section sure sounded nice, although quite honestly I don't know who it is. Maybe Herbie Hancock. Five stars.

2. EDDIE HENDERSON. Fusion (from Inside Out, Capricorn). Henderson, composer, trumpet.

I'm a little confused. I wasn't particularly moved by the music; it sounded a little bit nervous. There's not a whole lot I can remember about it now that the record's over, as far as it making me feel good, or having a melody, a particular sound.  If it was Miles' music, it certainly wasn't one of those takes that's outstanding. I've heard his music in this particular direction done much better. But I don't know whether it was him or not; or somebody trying to be him. It sounded as if somebody might have stolen a couple of his licks, and it certainly didn't sound like the way he'd want his music recorded.

For the rating I guess I'd have to go right in the other direction--about one-and-a-half for the effort. Feather: That was Eddie Henderson. Mangione: I'd really like to hear more of that record, because I've heard Eddie Henderson playing differently.

3. BOBBY HACKETT. Blueberry Hill (from What A Wonderful World, Flying Dutchman). Hackett, trumpet.
I'm totally puzzled ... I liked it. I didn't listen to a whole lot of that when I was growing up, but I did enjoy what I heard. It's kind of laying-back music. It never struck me as being real serious; fun, very happy, comfortable music.
I liked the trumpeter's sound. I'd probably be totally wrong to say somebody like Bobby Hackett, I've only heard him in other contexts, playing ballads.

Rating the idiom and how well they did what they were doing, I'd say that was four plus.

I feel like I know the right answer to this one ... that's Freddie Hubbard. That's from an album First Light, I think. Arrangements by Don Sebesky. I'm not sure whether that's the title track. There're two songs on there - Moment to Moment and one other, that sound very much the same.
Don Sebesky's writing I have enjoyed ... I've begun to know him because he's done so many things. And I always love to hear strings. I think that's another five star record.

That's a very often neglected musician who plays just beautifully - Art Farmer. I can't recall the name of that song, but whatever it is it's a nice tune, nice vehicle for Art. Sounded to me like the recording might have been one of those situations you get into when you do large recordings ... maybe a budget situation where you're trying to make it sound bigger than it is. I don't know how many strings were on there, or where it was recorded. But for me the quality of the orchestra left something to be desired.

But Art's sound is just a beautiful, lyrical thing, and I love his playing, and recommend all his records - if you can find them. They're very hard to find now; things like the quartets with Bill Evans. And albums like Modern Art. He did an album with Oliver Nelson--one of my favorite large groups albums - with tunes like Fly Me To The Moon, which is another album I'd give five stars.

​This one, five stars for Art. For the rest of the group, maybe three.

I'm puzzled again. At times, the arrangement was kinda busy. Sounded like either there wasn't enough time ... I think most people don't realize what happens in recording studios when you have a large number of people; you don't have as much time as you want to get it comfortable.

At times, it sounded a little bit like “music to hang you up by," as far as being a player, that is. It sounded like the saxophone section was scuffling a couple of times. Whatever the piece of music, it was in a bebop direction. I don't know whether it's an original, or a great standard.

I'm really not too excited about what I heard, and don't recognize a whole lot of people ... anybody, as a matter of fact. So I'd say something in the middle: two-and-a-half stars.

​I think that was Thad Jones, and perhaps Roland Hanna and Richard Davis. That's really a very unique group.
Thad's playing, I think, is some of the most original playing I've heard. People don't talk about him in terms of being a player; they talk about him as a writer and leader of a very fine band. I love his writing; it's very original. The instrumentation he uses in the band, and the way he breaks things up, is just unique. That's another five star record.