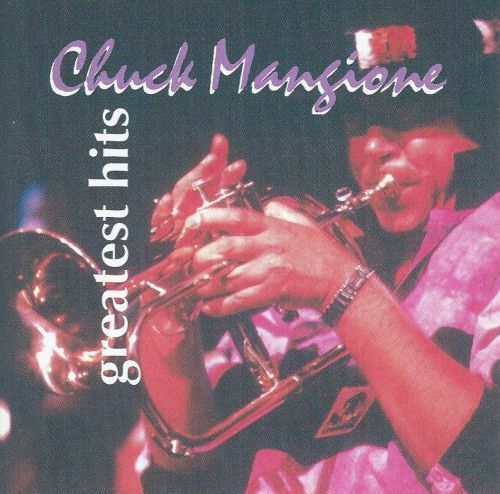 ​Chuck Mangione's love affair with music is characterized by a boundless energy, an unbridled enthusiasm and joy which radiate from the stage, instantly transmitted to his audience. Here is a man who is doing what he's always wanted to, and loves it. There are no deep, dark secrets, no mystery behind the respect he's earned in his industry, no hidden reasons for the wide-ranging appeal he has to music lovers around the world.

His growth as an artist, composer, bandleader, educator, producer and musician spans at least two decades of change, surely one of the most unusual musical odysseys ever. From his Riverside jazz years of the 1960's, to his first conceptual works of the 70's (Friends and Love, Land of Make Believe); to landmark recordings (Chase the Clouds Away) that paved the way for his Grammy-winning Bellavia and the Children of Sanchez soundtrack; to the commercial breakthroughs of Feels So Good and Fun and Games in the late '70's - Chuck Mangione occupies  a very special niche in popular music.

Charles Frank Mangione was born in Rochester, New York on November 29, 1940, the son of an Italian-born retail grocer. There was no musical background in the family, yet the household was always filled with music when Chuck and his older brother, pianist Gap Mangione, were still youngsters.

"Dad wasn't a musician," says Chuck, "but he loved all kinds of music. As far back as I can remember, there was always music in our home." If Papa Mangione, or 'Miles' as Chuck and Gap dubbed him, never learned to play a musical instrument, he was at least determined that his boys wouldn't be culturally deprived. Chuck began with piano lessons but after seeing the movie "Young Man With a Horn," he decided that the trumpet was his instrument. He appeared on local TV shows and , after he and Gap formed the Jazz Brothers, playing at the usual social functions, they quickly earned a reputation as young professionals and attained a local following. They grew and improved, as did their love for music, a love that was fostered by their father.

"The thing you have to know about dad," says Chuck, "is that he is certainly no an introvert. He's warm and he's a very outgoing person. He would take us to hear somebody like Dizzy Gillespie and he would walk up to him like he knew him all his life and say, "Hi Dizzy, my name is Frank Mangione and these are my kids. They play." And before you knew it, my father would be talking with him and he'd invite him over for spaghetti and Italian wine, and the next thing you knew, we'd wind up having a jam session right there in the living room."

The relationship with Dizzy was formed when Chuck was very young. It flourished over the years and is still a close one today. "I regard Dizzy as my musical father," Chuck says affectionately.

His years at the Eastman School of Music in Rochester overlapped with the Jazz Brothers and eventually resulted in his solo album debut. But an important part of his development as a jazz musician took place when Chuck left home in 1965 to join Art Blakey and the Jazz Messengers. He took over the trumpet chair which had belonged to such great players as Clifford Brown, Kenny Dorham, Bill Hardman, Lee Morgan, and Freddie Hubbard.

Just as important to his development was his return to the Eastman School, but as a jazz instructor. Having satisfied his yearning to perform with a top jazz group, he now needed to satisfy his desire to compose; there was music within him and it needed to be brought out. "Hill Where the Lord Hides" proved a significant breakthrough, performed at the "Friends and Love" concert with the Rochester Philharmonic Orchestra in 1970. It led to is first recording contract with a major label and his first Grammy nomination. More importantly, says Chuck, It allowed us to bring our music to a larger audience." The work was a springboard to success and in the years that followed, a seemingly endless stream of music flowed from Chuck's gifted and prolific pen.

Chuck's early years culminated in the fantasy-like title tune of one of his most popular albums, The Land of Make Believe another Grammy nominee in 1973. Two years later, two extremely' successful releases came out: "Chase the Clouds Away" from the LP of the same name) was used as background music during the telecast of the 1976 Olympic Games; and the beautiful "Bellavia (his mother's maiden name, also the title tune of the album) which finally won him his first Grammy award more than a year after release. Main Squeeze continued the streak into 1976, followed by his first RIAA gold seller, Feels So Good (1977), whose title tune eventually reached the top 40.

In 1978, the Children of Sanchez double-LP soundtrack won the Hollywood Foreign Press Association's Golden Globe award then earned Chuck a second Grammy award the following year as it was certified RIAA gold.

The '80's were extremely productive years for Chuck with numerous personal honors and awards as well as his music contributions: 1984: Disguise, 1986: Save Tonight For Me and 1987: Eyes of the Veiled Temptress.

"When you perform live," he says of his first love, "there's an instant give-and-return. I feel my music is very visual, it needs to be performed live to be appreciated to the fullest, I don't ever want to give up performing and just concentrate on writing, and I don't want to be just a recording musician either. I'd rather be like Eubie Blake, Duke Ellington, and Woody Herman, performing before live audiences as long as I can. My purpose in life is not to win Grammy or Emmy awards or to have double-platinum albums. My purpose is to play the music I believe in and hope there are enough people out there to keep me alive doing it.