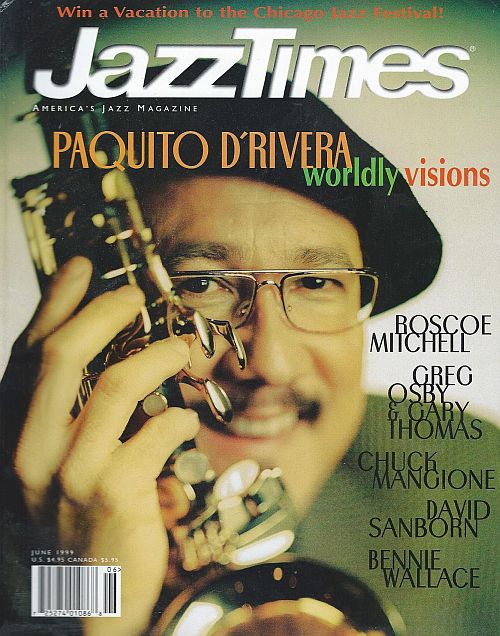 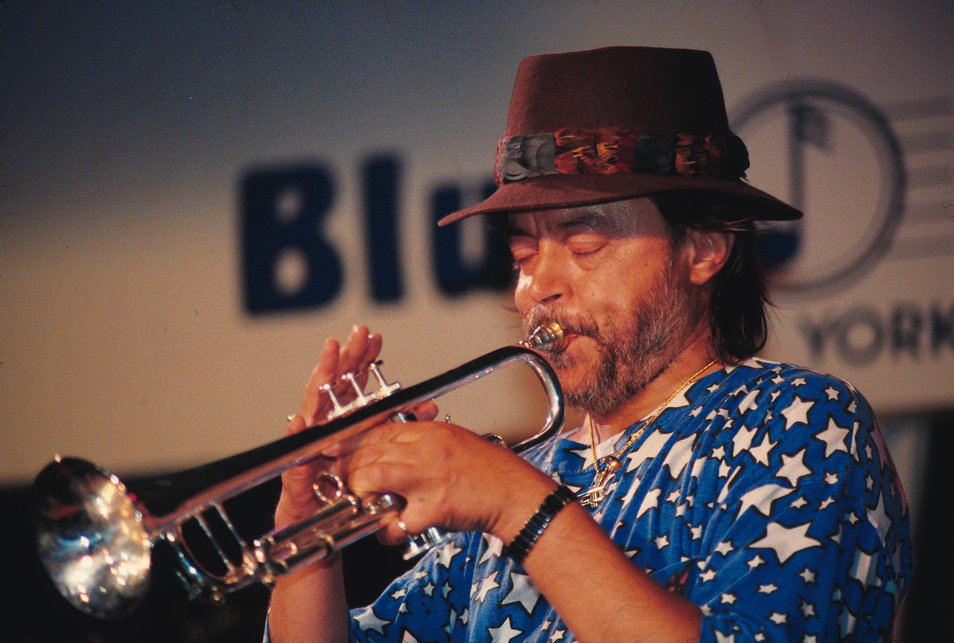 ​Ten years ago, Chuck Mangione was burned out. For two decades, he had played his mellow flugelhorn at festivals and one-nighters around the world, issuing an album every year. Feels So Good was a megahit in 1977. He'd won two Grammys and an Emmy. The 1976 and 1980 Olympics had featured his recordings, "Chase The Clouds Away" and "Give It All You Got."

Mangione gave it all he had until 1989. It was time to chill. After a four-year sabbatical, Mangione resumed performing. This year he recorded for the first time in a decade.

The aptly titled The Feeling's Back for Chesky Records is an album filled with the kind of soulful melodies and rich harmonies that won him fans and awards in the '70s and '80s. But those 20 years of one-nighters, festivals, studio sessions, and unending travel took their toll.

"Toward the end, I felt numb," said Mangione, 58. "It was like I was on a merry-go-round. Somebody would hand me a schedule and I'd get on a plane, go to a hotel and order room service. It was time to recharge my batteries." He stopped playing after a live recording at the Village Gate in 1989.

The sabbatical ended the year after the death of Dizzy Gillespie, his main mentor and a family friend.  "Just before Dizzy died in January 1993 he told me, 'Next year, you and I are going to be back.'  I went back to playing concerts and clubs in 1994."

Weary of label executives with a hit-formula approach to albums, Mangione resisted recording again.  "I didn't want to record something I didn't like, because if it became a hit I wouldn't be happy playing it."

But when brothers David and Norman Chesky of the audiophile label suggested a Brazilian-flavored album, "I got very excited," says Mangione.  "I've always loved Brazilian music, and my music has some of the same ingredients.  It's so melodic, and I love the discipline of Latin music, that you don't have to change it every measure, you're just going for the groove."

Four Mangione originals are on the new album, along with Brazilian compositions including "Manha de Carnaval" and Jobim's "Fotografia," as well as "La Vie en Rose," a song he played as a young trumpet student.  The core ensemble includes longtime colleague Gerry Niewood on flute, Cliff Korman on keys, Jay Azzolina on guitar, Paulo Braga on drums, Café on percussion, David Finck and Kip Reid on bass.

The album was recorded last October in St. Peter's Church in New York City.  "I walked up on the altar and played a few notes on my horn.  Then we set up the band in a semicircle right on the altar, with one microphone in the middle.  The album is just the way we played it, no fixing."

Mangione says he learned the most about music from family friend Dizzy Gillespie.  "He was a brilliant player and created a unique kind of music.  And he was never afraid to let the audience know he was having a good time.  "Dizzy taught me that if you want to just play whatever you want to play without considering the audience, fine.  But if you want to get paid, you're now in a different ballgame."

Mangione has been playing trumpet since the age of 10.  "That's close to 50 years of honkin', and I've written probably 95 percent of music I've played."  But, he adds, "I don't take credit for writing the music.  I feel like I'm like the cord between the plug in the wall and the tape recorder.  I wait around and hope I get some new information, and then try to present it in the best possible way.  I'm very protective of it and don't put it out there until I feel like it's really happening."

Mangione believes he gained a following because listeners can remember his melodies.  "I think what's happening today in a lot of music is that people are getting into it to see where it's going, rather than looking backward to see where it came from."

Mangione's early jazz education was sparked by his father taking him and his brother Gap to Sunday afternoon concerts to hear touring jazz greats.  By high school, the pair had organized a bebop band called The Jazz Brothers.  "We were playing all the material of Dizzy, Art Blakey, Horace Silver, and Charlie Parker.  When my father took us to nightclubs, he would walk up to someone like Dizzy and say, 'Hi, Mr. Gillespie.  There are my two sons and they can play.'  And we would sit in.

"Then my dad would invite everyone to our house in Rochester for spaghetti and homemade wine.  Dad had a grocery store attached to the house, and mother loved to cook, so we could have a party in a minute.  This week it would be Dizzy, the next week Carmen McRae, then Sarah Vaughan, Art Blakey, and Kai Winding."

The Jazz Brothers recorded three albums for Jazzland in 1960-61, featuring saxophonists Sal Nestico and Joe Romano.  During that time, Chuck was attending the Eastman School of Music in Rochester.  After earning a bachelor's degree, he left Rochester to play with the bands of Kai Winding, Maynard Ferguson, and Woody Herman.  When Freddie Hubbard exited Blakey's band, the leader contacted Dizzy for a replacement suggestion.  Gillespie asked, "Remember the kid from Rochester?"

Mangione played with Blakey from 1965-67.  It was a dream come true.  "When I was a senior in high school," he recalls, "my dream was to play center field for the Yankees, and trumpet with Art Blakey at night!  Since I only weighed 90 pounds, Mickey Mantle didn't have to worry."

After the Blakey band, Mangione returned to Eastman as director of its jazz ensemble.  He began writing music for his new quartet, which included reedsman Gerry Niewood.

The blend of jazz, pop, folk, and classical music was performed during a 1970 "Friends and Love" concert with the Rochester Philharmonic Orchestra.  It included "Hill Where The Lord Hides" and was recorded for both a PBS-TV special and an album, leading to his major-label debut with Mercury Records and a Grammy nomination.  He later recorded for Columbia, Verve and A&M.

His biggest hits include Grammy winners Bellavia (1976) and Children Of Sanchez (1978 soundtrack and a gold album).  Give It All You Got won a 1980 Emmy, and he was nominated for Grammys for Hill Where The Lord Hides (1970) and Land Of Make Believe (1973).  Some of the albums have been reissued as CDs.

Mangione's re-emergence included a five-concert series for the 25th anniversary of Land Of Make Believe, featuring a 28-piece orchestra and vocalist Dianne Reeves.  "That was Dianne's senior class song, so she had sung it since high school.  It was great to know she really loved it."

Father of two and a grandfather, Mangione also presents "Cat in the Hat" matinees in nightclubs, parents, and educators.  "No one can get in without a kid.  We play our music and talk about it, then get them up on stage to try to get a sound out of the instruments."

Mangione often is identified by the younger set as being part of the animated TV series King Of The Hill.  He plays himself, wearing his trademark hat as celebrity spokesman for Mega-lo-Mart.  "I have a jazzercise video to 'Feels So Good,' which is the love song of the main characters, Hank and Peggy Hill.  And I have wonderful lines like 'I have two pounds of gourmet chocolate, and it feels so good."
Gear Box
Chuck Mangione

"I play a Calicchio flugelhorn and trumpet, also a Kurzweil PC88 keyboard that has a nice acoustic piano sound and a decent Fender-Rhodes sound, with strings."
Listening Pleasures

"I listen to the records I grew up with:  Clifford Brown With Strings, Billie Holiday's Lady In Satin, and I love the '50s and '60s music of Miles Davis and any Dizzy Gillespie record.  Another favorite player is Chick Corea, not one particular record, I just love his playing, and he's the greatest accompanist.  I really don't listen to a whole lot of other people's music because, being a composer, I don't want anyone to say I stole anything."