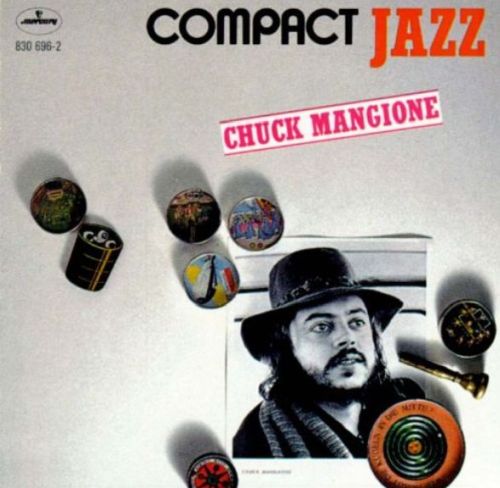 ​Multi-talented Chuck Mangione (b. 1940) has brought mellow jazz to the millions through his hit albums, sold-out concerts, and numerous television appearances. The man in the leather hat created, in the words of the eminent jazz critic Leonard Feather, “an unusual and successful blending of jazz, folk, middle-of-the-road pop, and classical influences”.

Flugelhornist / trumpet / keyboardist / composer / arranger / conductor – Mangione’s jazz credentials are in order. He apprenticed in the big bands of Woody Herman and Maynard Ferguson, was a member of Art Blakey’s Jazz Messengers, and with Gap Mangione (who is featured here on electric piano) co-led The Jazz Brothers.

Upon returning to his native Rochester, New York to direct the jazz ensemble of the prestigious Eastman School of Music, Chuck formed the able quartet (with reedman Gerry Niewood, bassist Alphonso Johnson and drummer Joe LaBarbera) that joined forces with the Rochester Philharmonic for the triumphant concerts and best-selling records. The quartet and the Philharmonic are spotlighted here, as are singers Esther Satterfield and Don Potter, in a program of originals that helped launch the sound of Chuck Mangione.