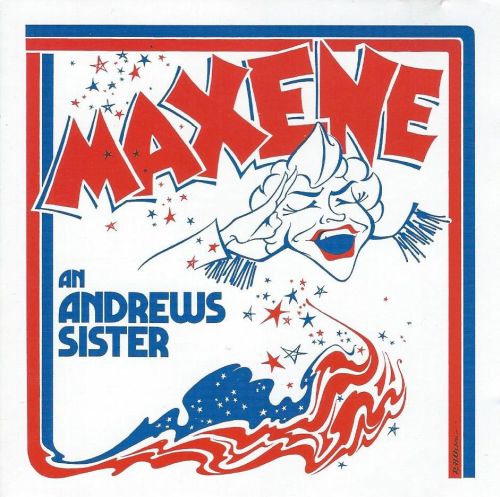 ​This is Maxene Andrews as you've never heard her before...her first solo album.  It's the 1940's come back to life...but, at the same time, it's new and fresh.  It's yesterday...it's today...it's wonderful!

The very mention of The Andrews Sisters is enough to conjure up visions of Mom and apple pie for most Americans.  Since their first hit in the late 1930's, "Bei Mir Bist Du Schoen", their sound has been a symbol of happiness and hope.

This was especially true during W.W. II, when the girls entertained servicemen near the battlefront as well as back home on stage in theatres all across the country.  Their parade of hits, each a million-seller, includes "Beer Barrel Polka", "Pennsylvania Polka", "Don't Sit Under The Apple Tree" and many more.  All in all, they recorded some 1800 songs, sold over 75 million records internationally and have 19 gold records to their credit.  They've starred in 21 movies and appeared on all major TV and radio networks.

LaVerne's death in 1967 seemed to signal the end of an era but, when Bette Midler revived one of their all-time classics, "Boogie Woogie Bugle Boy", The Andrews Sisters became a hit all over again.  To top it all off, Maxene and Patty found themselves starring in their own smash hit Broadway show, "Over Here!".  Together or individually, the sound just can't be beaten.

Maxene's one woman show has garnered rave reviews; for instance, "There are moments in her show-stopping act when all theree of the former Andrews Sisters seem to be haunting the stage, but the spotlight belongs to Maxene.  She adds laurels to her already illustrious achievements..." (Rex Reed, The Daily News).  In person or on album, Maxene is timeless entertainment.