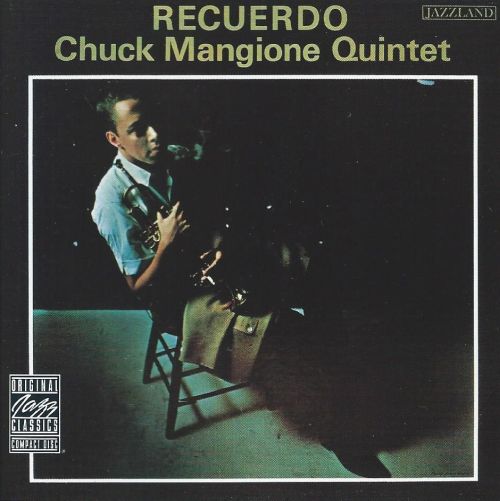 ​Unpleasant as the reality may be, today's young jazzman is forced to develop in the full glare of public attention. Most of the old training grounds are gone; and the musicians’ union has taken such a dim view of informal (i.e. non-paying) jam sessions that this venerable and formerly most valuable institution of higher jazz learning has just about disappeared.

Lacking such facilities, the aspiring jazz new-comer must make work for himself. And when he tries, what does he find? That the proprietors of jazz night clubs - places which are themselves growing rarer - usually aren't interested in him unless he has made records. He almost has to record (providing, of course, that he can find someone who's interested in recording him). Thus it is that so many jazzmen must go through their growing pains out in the open, where everyone can see and hear them. Nor is that the worst of it. Recording very quickly exposes them to the critics, who don’t visit clubs all that regularly, but do get almost all the new albums in the mail. And critics have a tendency to evaluate everything in terms of something else, to make comparisons. They will measure a young trumpeter alongside of, say, Dizzy Gillespie, and (inevitably) finding him a bit lacking, devote more energy to putting him down for his shortcomings than to weighing his achievements.

Chuck Mangione, 21, herewith making his fourth appearance on records and his first under strictly his own leadership, is of course not as finished or mature or assured a trumpet player as John Birks Gillespie, 45, veteran of so many record dates that he himself cannot count them. But Dizzy thinks highly of Chuck Mangione (he once expressed his feelings concretely by presenting the youngster with one of these up-swept trumpets of his, which Chuck used until very recently). Another veteran horn man has called Chuck "probably the best trumpet player of his age in the country today." The point, then, is that if you consider him in the relative terms appropriate to him, you too will think highly of Chuck. But this is only actually half the point: it is perhaps more important to put aside all thoughts of comparison and relativity, and judge whether or not listening to this performer is, strictly on his own present merits, a worthwhile experience. I think that on this basis, too, you’ll come away with a high opinion of Mangione.

A youth of genius likeability and inherent modesty as well as considerable talent, Chuck has given the problem of his own development considerable thought. "When Orrin Keepnews asked me to do this particular recording date," he said, "I had some misgivings. But I couldn’t say no. I was happy about being able to pick the men I was to record with, but then when the time came, I felt funny about it. Who was I to be calling Wynton Kelly, Sam Jones, and Lou Hayes to play on my date? And there was Joe Romano. He’s from Rochester, like me. He spent two years with Woody Herman and recorded a little with him. But he’s never had a chance to record the way he wanted, to stretch out and play the way he likes to. Here’s a cat from whom I’ve learnt so much. He’s a much more mature musician than I am. I almost felt it should have been his record date."

"I think this is probably my best effort on records to date, however. I was more relaxed, thanks to the rhythm section. They played so beautifully. And they seemed to feel pretty good about the date afterwards."

The previous recordings to which Chuck referred are albums by the Jazz Brothers, a band whose name derives from the fact that it is led by Chuck and his brother, pianist Gap Mangione. At this writing (October, 1962), the group is temporarily disbanded while Gap attend Syracuse University and Chuck completes his senior year at the Eastman School of Music in Rochester, majoring in music education and paying a good deal of attention to composition.

Three of the compositions on this album are by Chuck – Recuerdo, Blues for Saandar, and The Little Prince. Two others are by jazz giants: Charlie Parker’s Big Foot and Miles Davis’ Solar. I had the Craziest Dream is a pop tune from the early 1940s and If I ever would leave you is from the Broadway musical “Camelot.” It all makes for a nice balance of material. Recuerdo struck me as a remarkably faithful tribute to the Dizzy Gillespie Quintet of recent vintage. I discovered, however, that it wasn’t intended to be any such thing. “I originally wrote it,” Chuck informed me, "as a 'legit' work. It was scored from brass and percussion. The Little Prince was also written in that way."

Recuerdo, the track on this album on which I think Chuck gives his best account of himself, was the next-to-last tune done on the date. Big Foot was the very last to be recorded, and, as Chuck points out, a group usually has its hair pretty thoroughly down by such a time. Consequently, it is probably the most completely relaxed track here.

As for the rhythm section, what can one say about Louis Hayes and Sam Jones, other than in a long essay? They have become one of the finest rhythm teams in jazz, as followers of Cannonball Adderley in particular know so well. Wynton Kelly plays some of his typically buoyant and yet imperturbable solos, and as far as his accompaniment for Chuck and muscular saxophonist Romano is concerned, I can only quote a pianist who once said: "Wynton has the art of comping down. He’s forgotten more about comping than most of us will ever know." And it is certainly relevant to note that these three solid pros play throughout as if they enjoy what they are doing and respect the ability of their record-date leader, without stopping to bother about comparative levels of age or experience.

I like Chuck Mangione. I like his trumpet playing, too; and I don’t think I’m going to be lonely in either of these opinions. It should be most interesting to watch his talents unfold in the years to come. But as I said before, this does not mean that it isn’t plenty interesting to listen to him right now.

(As a newspaperman, former Down Beat editor, and presently a free-lance jazz writer, Gene Lees has had a great deal of opportunity to listen to and comment on jazz talent, young and old.)